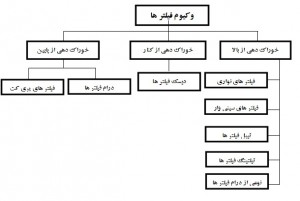 0 0 مدیر سایت مدیر سایت2021-04-04 18:39:172021-04-04 18:39:17وکیوم فیلتر vacuum filtration
Maulburg, Germany 27/06/18 Vacuum technology has never stopped developing – not only in the recent past, but for decades it has continued to progress. Today, dry screw vacuum pumps are used in chemical processing technology and many other applications just as dry claw vacuum pumps have established themselves as standard vacuum generators in entire branches of industry. Oil-lubricated rotary vane vacuum pumps are also state of the art in many applications, not least due to their ongoing development. In their fields of application, they are generally the most-used vacuum pumps. Despite many improvements, new developments and further advancements, one principle of vacuum generation has held to this day in certain applications, and is still successfully applied: the liquid ring vacuum pump.

The principle behind the liquid ring vacuum pump was developed as early as 1890 in the form of the “water ring pump”. Due to their simple and robust construction, liquid ring vacuum pumps (fig. 1) are suitable for vacuum generation in applications in which damp gases or vapours are evacuated or those in which condensation inside the vacuum pump tends to take place during the compression process. They are therefore ideally suited for humid processes and are thus used for generating rough vacuums in process technology, the chemical industry, during petroleum production and processing, for ventilating steam turbine capacitors, in the plastics industry, paper manufacturing, the food technology industry and many other industrial applications.

As an operating fluid, liquid ring vacuum pumps use water or a liquid compatible with the gas or vapour to be evacuated. Ethylene glycol, mineral oils or organic solvents are also used, as are other liquids that are already part of the process. The basic principle is the same in all sizes and versions.

An eccentrically mounted impeller wheel rotates within a cylindrical housing (fig. 2). This housing is filled with operating fluid to the extent that the vanes of the impeller are immersed in the fluid. The rotary motion of the impeller wheel and the resulting centrifugal force cause the liquid in the housing to form the so-called liquid ring. The gas is pumped in the spaces between the individual vanes and the liquid ring. Thanks to the eccentric arrangement of the impeller wheel, the volumes of these spaces change with the result that gas is sucked in, compressed and discharged again. The liquid ring seals the individual spaces down to the cylinder. This is why it is sometimes called the sealing fluid instead of the operating fluid.

Due to the operating fluid used, this mechanism can only be used in the rough vacuum range. The reason for this is that the achievable vacuum level depends on the vapour pressure and the viscosity of the operating fluid, which is constantly pumped through the vacuum pump. This allows a liquid ring vacuum pump to be operated at relatively low temperatures. It also predominantly operates isothermally. That means that the medium to be pumped hardly heats up during the compression process. This is why liquid ring vacuum pumps are virtually predestined for pumping vapours and gases with a high moisture proportion. The low temperatures in the vacuum pump are favourable for condensation of damp vapours and gases. To an extent, this means that the vacuum pump additionally functions as a capacitor. Because condensation already takes place when the gas enters the vacuum pump, the volume of the gas is drastically reduced. In addition to the condensation effect, this also achieves an increase in the nominal pumping speed.

The operating fluid diverts the compression heat, a process that supports condensation and an increase in pumping speed.
One significant advantage of liquid ring vacuum pumps is that the operating fluid and the materials used for the components can be adapted to fit the pumping medium. This also makes it possible to pump explosive gases and vapours. Due to the low operating temperatures, pumping explosive materials can, in any case, be considered much less problematic than with other mechanical vacuum pumps.

Basic differentiation is made between one- and two-stage liquid ring vacuum pumps. In the one-stage version, the compression process described above is performed in one compression stage. In the two-stage vacuum pump (fig. 3), the pre-compressed pumping medium from the first stage is conveyed to a second compression stage and compressed again. Ultimate pressures of 130 hPa (mbar) can be realized with one-stage liquid ring vacuum pump versions, while two-stage versions can achieve up to 33 hPa (mbar).

Even the sizes vary significantly. Busch Vacuum Pumps and Systems has different series and versions of

in its portfolio, with pumping speeds that cover the range from 25 to 26,500 cubic metres per hour.

Supply and removal of operating fluid can happen in three ways:

۱٫ Non-recirculating operation
This is the simplest variant for operating a liquid ring vacuum pump and is used any time there is sufficient operating fluid available. The compression stage is constantly supplied with operating fluid. The fluid is then discharged together with the gas and the condensate.

۲٫ Open fluid circuit
In an open circuit (fig. 4), the operating fluid is diverted into a liquid separator together with the gas after it exits the vacuum pump. Liquid and gas are separated there. The gas is discharged or transferred while fresh operating fluid is supplied in the liquid separator. This guarantees that there is enough liquid in the circuit and that the temperature does not rise. This type of open circuit can save up to 50 percent of the fluid when compared to non-recirculating operation.

Liquid ring vacuum pumps are exceptionally well suited for use as modules in vacuum systems and installations. Lower ultimate pressures can be realized in combination with steam jets. Technically and economically optimum solutions can be found for vacuum systems that are directly tailored to the individual application. Busch Vacuum Pumps and Systems has decades of experience in designing, configuring and building these types of systems, which are used in economical and safe operation worldwide in chemical processing technology, petroleum production and processing, power generation and many other areas. The individual Dolphin liquid ring vacuum pump sizes from Busch are available in different ATEX-certified versions.

We will call you back soon